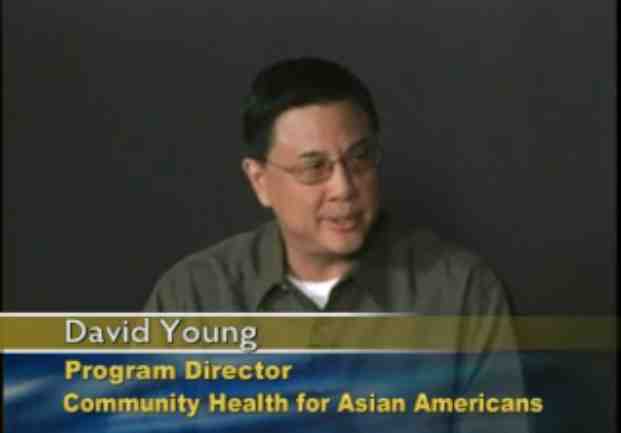 Young, who provided the perspective of a mental health provider, was joined by fellow guest Jonathan Griggs, a consumer-provider and peer advocate of more than 10 years. The two shared their views on what providers should keep in mind when treating Asian communities, why Asian Americans might not seek help, and the importance of cultural competency.

“I am very happy that we had the opportunity to discuss the important and timely issue of mental health and wellness in the Asian American and Pacific Islander community, particularly with the episode being aired on television during the week of Asian Pacific American Mental Health Day,” Young said. “I believe there is useful information in this episode for a variety of groups, including the general public , behavioral health providers, family members, and persons from the Asian community who are struggling with a mental health issue.”

In the show, Young and Griggs encourage those in the Asian community who may be feeling down but fearful of seeking help due to cultural stigma to reach out to a peer advocate, make social connections, and share stories with others who have been through similar experiences.

“By talking to other people with similar experiences and recognizing that wellness challenges are not uncommon, an individual is one step closer to being in a better place,” Young said. “Unfortunately, in most Asian languages the nomenclature used to describe mental disorders is rather derogatory, so no one wants to admit that they may be experiencing these kinds of problems. It’s important for Asians to recognize that there are factors beyond moral self-discipline and conscious choice that can be explained neurologically, biochemically, and in the larger context of social and environmental stressors.”

Griggs agreed on the importance of maintaining social connections and a support network.

“Go to conferences and connect, educate each other, and educate the public,” Griggs said. “While the current mental health system is not perfect, it can be improved by talking about issues, getting involved through committees, and participating in consumer empowerment groups. But most importantly, one should never give up hope.”

Viewers may watch the show online or on the appropriate cable access television channel for their community. The Asian American episode of Mental Health Matters will show on Thursday, May 12 and Thursday, May 26 at 9:30pm.

Shorter clips can be found on APIhealthsource.com, a Web 2.0 community dedicated to the exchange of health, family, and lifestyle information specifically for the Asian and Pacific Islander population.