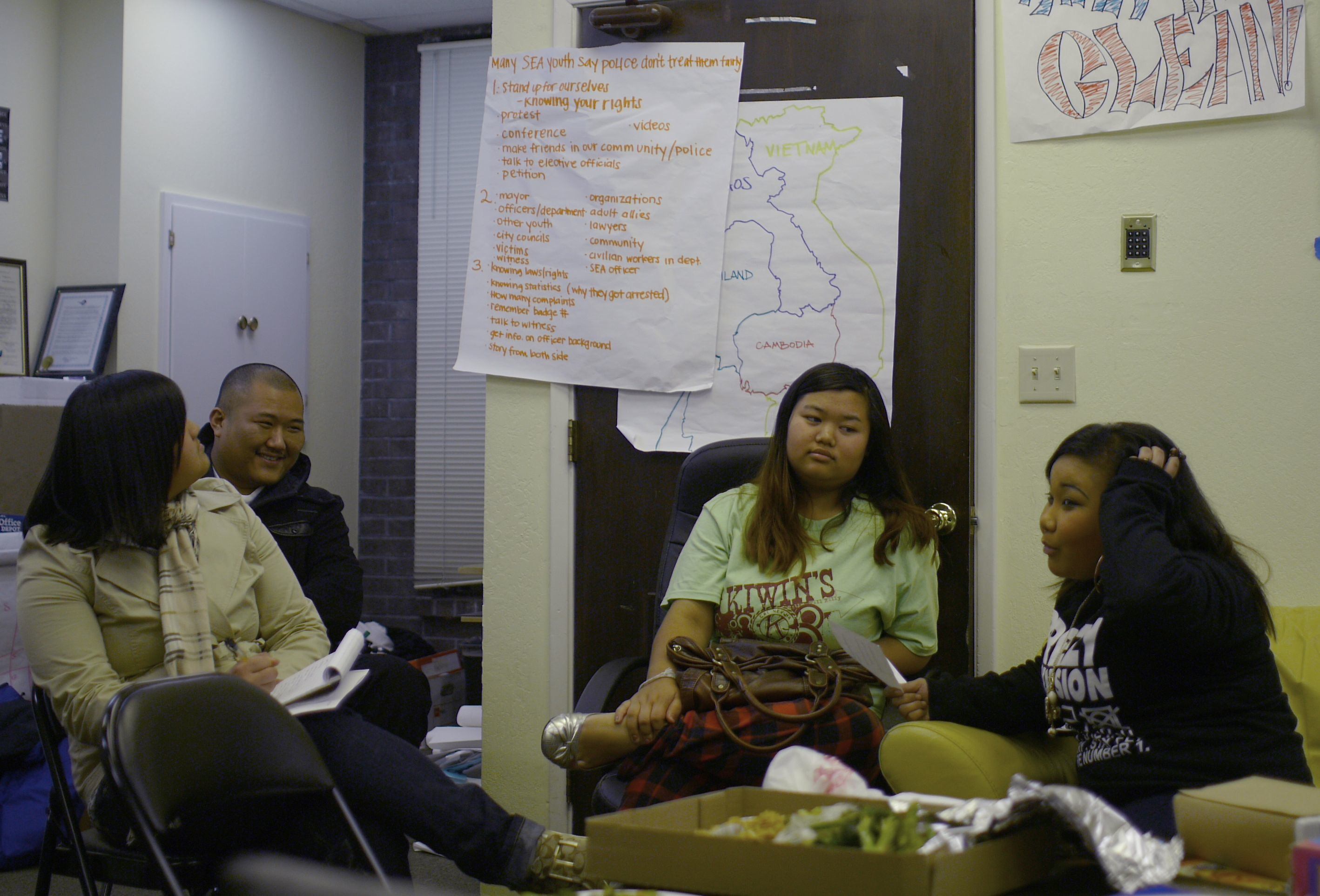 While Photovoice still in its early stages, SEAYL staff member Adel Hazan has so far been encouraged by the results.

“We’ve only completed one outing so far in the community, but I’m really impressed with the photos taken, both in terms of the content and composition,” Hazan said. “I’m excited to see what will come of the next few trips as well as the follow-up conversations, analysis, and exhibitions.”

Images captured in the first trip include billboards and window signs advertising blunt wraps and cigarettes, often located right next to soda and candy, according to Hazan.

“The participants weren’t only mindful of the high density and strategic locations of liquor and smoke shops in certain Richmond areas, but they also noticed the stark contrasts of clean streets and the lack of similar advertising in Point Richmond,” Hazan said.

Sang Saephan, SEAYL Tobacco Prevention Coordinator, sees the project as an effective way to get youth thinking about what makes a community healthy.

“Not only are the youth learning through this project, but in the process, they’re teaching others as well,” Saephan said. “By writing and presenting these accounts to politicians and other members of the city council, they have the power to affect policy changes.”

Saephan said that while Richmond has a comparatively decent tobacco policy, it has rarely been enforced. He hopes that this program will alert community leaders to the importance of enforcement, as well as prompting nearby towns and cities to rethink their policies as well.

“These kids are trying to affect change in the community, and I can see that happening after the completed project is presented to the public,” Saephan said. “By showing it at a conference, in an art gallery, or as a music video with pictures, they can make the issue relevant to any audience.”

The final project is expected to debut in summer of this year.