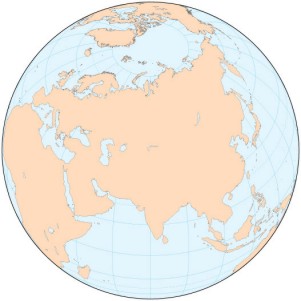 Community Health for Asian Americans (CHAA) and the White House Initiative on Asian Americans and Pacific Islanders (WHIAAPI) are co-sponsoring "A Town Hall – Connecting with Emerging Communities from Bhutan, Burma, Mongolia and Tibet" on Saturday, April 28, 2012 in Oakland, CA. President Obama reestablished the WHIAAPI in October 2009 to increase access and participation of Asian Americans and Pacific Islanders (AAPIs) in programs and services across the Federal government. The town hall/listening session is a unique opportunity for these diverse new communities to share the challenges they face in establishing and supporting their communities in the Bay Area directly with Obama Administration officials and representatives of Federal Departments. Partners include the Tibetan Association of Northern California, Mongolian Student Nonprofit Organization in America, Ger Youth Center, Bhutanese Community in California, and leaders from Bay Area Burma refugee communities.

If you have questions or want more information, please contact Sean Kirkpatrick, Associate Director, Community Health for Asian Americans at (510) 282-7550 or by email at sean.kirkpatrick@chaaweb.org.

About the White House Initiative on Asian Americans and Pacific Islanders

On October 14, 2009, President Barack Obama signed the Executive Order reestablishing the White House Initiative on Asian Americans and Pacific Islanders (Initiative). The Initiative, co-chaired by U.S. Department of Education Secretary Arne Duncan and U.S. Department of Commerce Secretary Gary Locke, is housed within the U.S. Department of Education, and led by Executive Director Kiran Ahuja. The Initiative works to improve the quality of life and opportunities for Asian Americans and Pacific Islanders by facilitating increased access to and participation in federal programs where they remain underserved. The Executive Order also established the President’s Advisory Commission on Asian Americans and Pacific Islanders and the Federal Interagency Working Group.

President Obama established the President’s Advisory Commission to work with all the agencies of the federal government to improve the health, education and economic status of Asian American and Pacific Islander (AAPI) communities. Hailing from all over the nation and from a wide range of disciplines, the Commission members represent the diverse AAPI community.

Daphne Kwok, chair of the Commission, is currently the Executive Director of Asians and Pacific Islanders with Disabilities of California. She was also the Executive Director of the Angel Island Immigration Station Foundation from 2005 to 2007, the Asian Pacific American Institute for Congressional Studies from 2001 to 2005, and at the Organization of Chinese Americans (OCA) from 1990 to 2001. During her term at OCA, Ms. Kwok was elected the first Chair of the National Council of Asian Pacific Americans. Ms. Kwok’s work with federal agencies has included being appointed to the Secretary of Energy’s Advisory Board (2000-2005); testifying before the U.S. Commission on Civil Rights; and being a grant reviewer for the Department of Health and Human Services’ Substance Abuse & Mental Health Services Administration. She also currently serves on the board of trustees at Wesleyan University, where she earned her B.A.

For their bios, please visit http://www.whitehouse.gov/administration/eop/aapi/leadership/commission-members