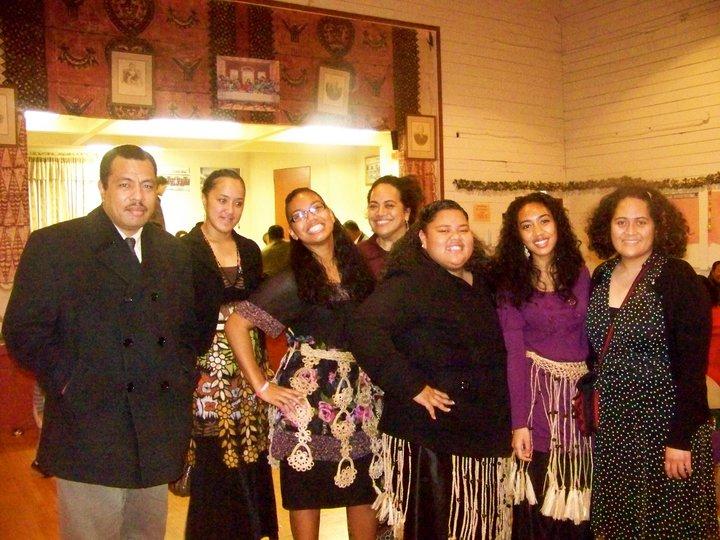 While growing up in her hometown of Kolomotu’a in Tonga, Loa Niumeitolu witnessed that many families in her homeland did not have money for food, clothing, or education. Despite a childhood filled with relatives and friends, she and her family were forced to find work internationally as Tonga underwent the transition from subsistent to capitalist society.

Loa’s situation was not unique. In the 1980s, thousands of poor Tongans and other Pacific Islanders traveled to economically dominant countries in search of jobs and education, particularly to the U.S., Australia, and New Zealand. Her own family arrived in the U.S. through an educational scholarship awarded to her mother by the Mormon Church, landing first in Hawaii and later moving to Utah.

Now in Oakland, Loa works alongside Tongans and allies to transform negative messages about Tongans that Tongans themselves believe to be true. In her role as Community Wellness Advocate for CHAA’s API Connections program, Loa spends her time promoting mental health and wellness, a piece of which includes combating harmful stereotypes within the community.

Mental health and wellness are particularly important among Tongans, according to Niumeitolu, because multiple generations have experienced the adverse affects of believing negative stereotypes and name calling born from dominant cultures.

“There’s a lot of internalized racism in our community and a lot of Tongans and Pacific Islanders are made to feel ashamed and to blame themselves for working low-wage labor jobs and not assimilating to Western culture,” Niumeitolu said. “These factors then understandably lead to poor physical health, low self-esteem, decreased happiness, and ultimately a loss of productivity.”

Loa recalls that a recent focus group featured Pacific Islanders of all shapes and sizes sharing their individual experiences with a Western doctor who was “fixated with solving their obesity.” That’s a problem, she says, because there are plenty of other, more important challenges that are not being recognized.

“The stereotype of Pacific Islanders in the U.S. is that we’re fat,” Niumeitolu says. “In reality, our wellness challenge is not obesity, but to live and work in the U.S. legally, obtain decent paying jobs with safe working conditions, have access to caring legal representation, and to tap into opportunities for education and quality child care for our children so they can go to college instead of being victims of community violence.”

By using innovative methods, Loa hopes to involve the Tongan community in both healing and maintaining wellness. While recent history has demonstrated otherwise, Loa wants to facilitate discussion among Tongans, promote solidarity, and encourage individuals to find their voices and speak up.

And she believes being a good example herself is the first step.

“When Tongans and Pacific Islanders see that one of their own works in mental health and wellness, they start to imagine that they are included in the institutional mental health and wellness arena, instead of being barred from it,” Niumeitolu said. “It’s exciting that CHAA trusts and respects me to work well with Pacific Islanders to employ creative and sustaining ways to empower them to be their own leaders and make their own goals and dreams for healthier lives.”

As part of her role in leading community wellness efforts, Loa has been using tools provided by API Connections — such as Community Based Participatory Research, cameras, filmmaking, sound recorders, and an interactive website — to promote the sharing of personal stories by Pacific Islanders. By doing so, she hopes to hear real Tongan voices and, with facilitated public input, learn how to hear and implement what the Tongan people want and need.

“As a Tongan and Pacific Islander woman, I learn a lot each day about community organizing and service from the difficult struggles and the many gains that my co-workers and their communities have experienced,” Niumeitolu said. “It’s not easy, but it’s incredibly rewarding and absolutely necessary.”