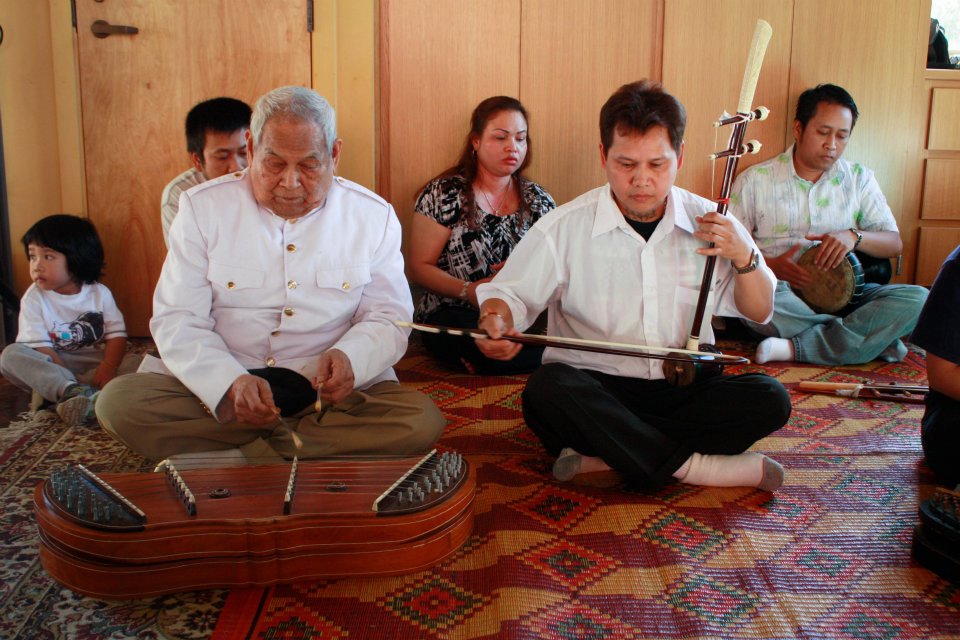 The Following article can be found at CHAA’s new blog http://chaaweb.blogspot.com/

" The intense uprisings started in 1972. I spent many nights in the dugout hearing artillery shells. We started to see dead corpses in the rice fields behind our backyard. By 1973, it was no longer safe to stay in Sung Rieng. My mom put me in a helicopter to Phnom Phem". -Sambo Ly, President of Cambodia Community Development Inc.

From 1975-1979, two million Cambodians lost their lives during the brutal oppression of the Khmer Rouge, a government led by the notorious dictator Pol Pot. This four year period was marked by political killings, starvation and forced labor. Even children were not spared from these atrocities as Cambodia fell under a regime that looked to establish a dystopian vision of a new Cambodia by elimination millions of innocent people. The upheaval of the period led to many Cambodians escaping their country to seek refuge and safety. Some Cambodian refugees were eventually settled in the United States. Oakland became a resettlement area for many of these refugees, as survivors of the war and genocidal regime faced whole new challenges as they settled down in unfamiliar surroundings. The crime and poverty in Oakland, along with issues of acculturation and transition caused many difficulties for this new Cambodian community. Yet the Cambodian community in Oakland looked to heal from these traumas. Organizations such as Cambodian Community Development Inc. (CCDI) were established by former refugees to promote and support the community. The challenges, triumphs and history of this community is on display at the Peralta Hacienda Historical Park in Oakland, where CHAA, along with other community partners (including CCDI) worked with the museum to collect photographs and stories for the museum exhibit which featured a timeline detailing the history of ancient Cambodia, to the dark days of the Khmer Rouge, to the current Cambodian community living in Oakland. The museum exhibit opened on Saturday, October 22 and featured performances by members of the local Cambodian Community. The performances included 92-year-old Nhep Prok, a long time performer in Cambodia who now teaches traditional Cambodian music to younger generations. Nhep Prok and others from the community played traditional instruments for the museum opening audience, displaying an art form that the Khmer Rouge had attempted to destroy years ago. The performances of the day also included a traditional Cambodian dance, featuring young women in glamorous cultural clothing, poetry performances and a hip hop performance by local rapper RJ, a young Cambodian American youth leader who uses his cultural heritage and life experience to inspire powerful lyrics and rhymes in his music. The museum opening was a heartfelt, powerful and bittersweet celebration of both the struggles and triumphs of the Cambodian community in Oakland. The museum display is currently up at the Peralta Hacienda Historical Park where visitors are invited to visit, learn and experience these stories.